I have rediscovered Pele’s Empire (an artist duo) from a folder entitled reference images – a pile of unstructured visuals that I look at when faced with an impasse of some sort.

PE have an interesting way of integrating photographic material with sculpture in installation.

I think this is a hint for me in the way I incorporate flatbed photography into installation with video and sculpture. 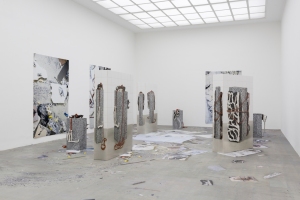 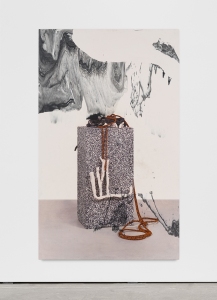 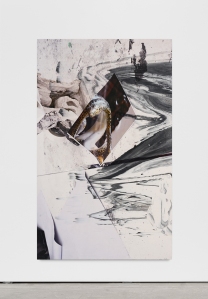 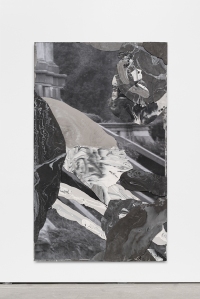 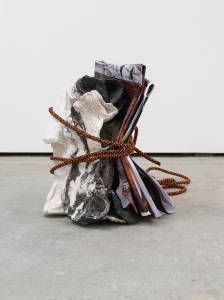 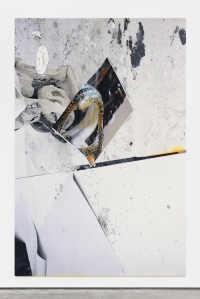 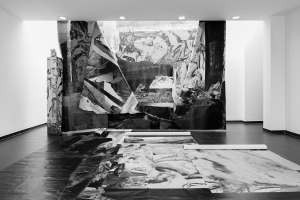 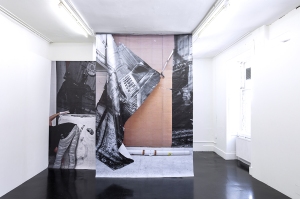 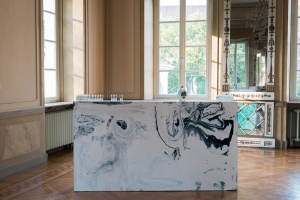 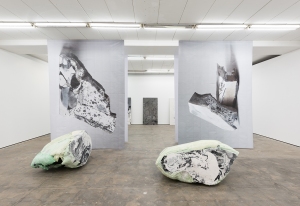 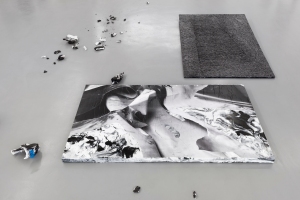 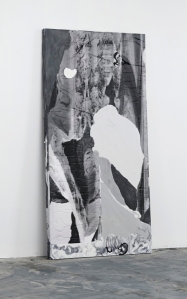 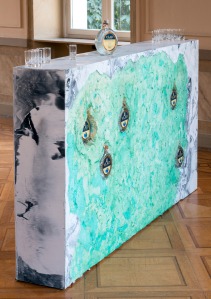 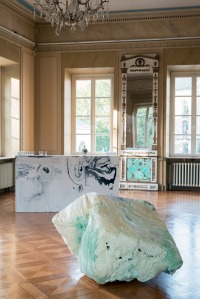 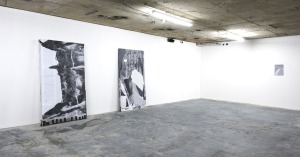 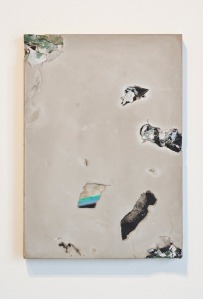 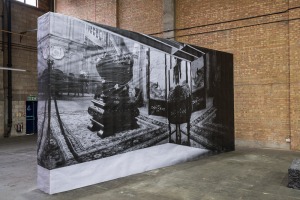 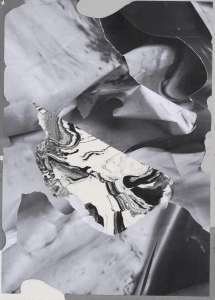 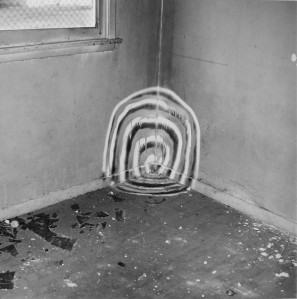 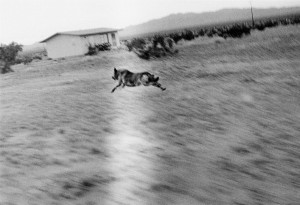 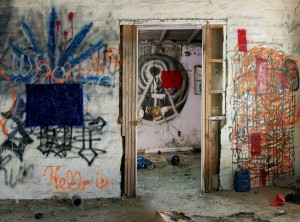 1. The ghosts of industrial ruins- ordering and disordering memory in excessive space

The beach as a liminal space

Limit and Utopia- Revisiting the Beach as a Threshold

‘My corner of the world_- Bachelard and Bondi Beach

Marketing of coastal barrier spits as liminal spaces of creativity

The Sands of Dee Estuarine excursions in liminal space

At the Threshold- Liminality, Architecture, and the Hidden Language of Space

AN ARCHITECTURE OF LIMINALITY

Using a Medeawiz media player with audio splitter to send audio to adjacent amp. rather than recovering audio from screen or projector.. 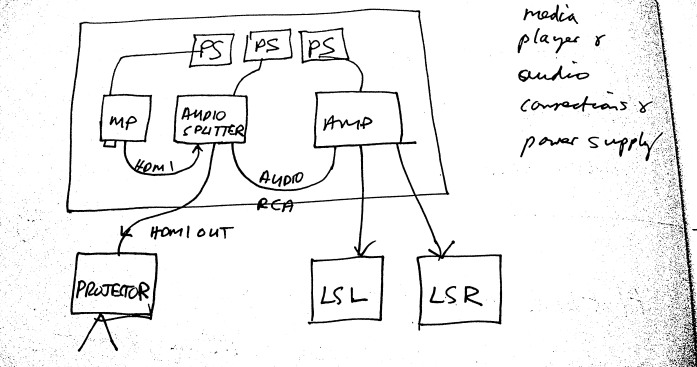 We arrive in the metalogue without willing it, without knowing it. Suddenly, we are talking about the project, about the content of the project with an eye to self-criticality, with a metanarrative that folds back into the project itself. What kind of education are we experiencing in the enactment of the project? Certainly, we are learning from each other, from the projects that we find inspiring, from the other people we’ve engaged with. The thing that so many people involved in education already know, is that style, enthusiasm, form, and responsiveness are often so much more important than the content itself. What then appears lacking in an interview is this recursive structure. Do interviews ever change the shape of a project, not simply its focus or the content, but a project’s methodological approach? And if we let the methodology lead us, will it lead us too far astray from solidified and representable forms of knowledge?

At what moment does the form arise? At the moment of our first thoughts about the project, of the first spoken sentence, or does the form emerge at the end, only in this writing, in this practice of looking back? From within a metalogic method, form emerges and disappears in each iteration; it emerges through and with the content, a virtual space that always contains the possibility to respond, to step back. But we are often so caught up in goals, objectives, in the desire to communicate an idea – this idea – that this opportunity remains virtual. The attunement required of the metalogue is a certain orientation to the affectivity of language, of interaction with others. It is the art of picking up the feeling of a room, finding a vehicle to express both the actual content and the intuitive dimension – excitement, boredom, frustration – amplifying these intangible qualities of education and knowledge in a way that brings them to the fore and begins to question the methods and procedures of how, even in our most radical interview or conversation-based pedagogical experiments, there is something missing – something in the way ideas are felt, embodied, emerge from the gut. In the paradoxical fashion of creating another layer to explore the relation of interview and conversation, we were able to begin to make room for this often unexamined aspect of knowledge, taking the movements of thought seriously, almost as a type of physical movement.

The metalogue presents a circular and formal structure for discussion – an event that otherwise occurs naturally, without much thought to its form, and which shapes our lives and processes of learning. The formal constraints of a metalogue help make clear our investments – especially our epistemological and pedagogic investments – in discussion and the role of dialogue. A metalogue is meant to be a conversation where the structure mirrors the conversation, or where an initial dialogue or text is analysed again at a ‘meta’ level (Staller 2007). The term was originally coined by Gregory Bateson (1972) and was used to describe the ways in which epistemology and ecology are linked; that is, a metalogue in his coinage creates a reflexive strategy to perform the ways in which thoughts, or ecological systems, create feedback loops that influence not only the content but also the structure of a conversation. Metalogues, and the examples that Bateson developed with his daughter as interlocutor, are revealing not only for their performative dialogic possibilities but also for the ways in which we think about education, or the exploration of knowledge between assumed hierarchical divisions, in this case expressed in the gendered relationship between parent and child. The metalogue can be seen as a performative dialogical technique – a practice that renders an everyday activity strange and staged. But the constraints of the form paradoxically make it difficult to grasp, it is a form at once rigid and ephemeral, much like the grammatical structures of one’s native tongue, which we fluidly negotiate until the moment they don’t work. To illustrate this it is useful to quote at length:

Notably, the history of evolutionary theory is inevitably a metalogue between man and nature, in which the creation and interaction of ideas must necessarily exemplify evolutionary process.

Daughter: Daddy, why do things get in a muddle?

Father: What do you mean? Things? Muddle?

D: Well, people spend a lot of time tidying things, but they never seem to spend time muddling them. Things just seem to get in a muddle by themselves. And then people have to tidy them up again.

F: But do your things get in a muddle if you don’t touch them?

F: Yes – that’s why I try to keep you from touching the things on my desk. Because my things get in a worse muddle if they are touched by somebody who isn’t me.

D: But do people always muddle other people’s things? Why do they, Daddy?

F: Now, wait a minute. It’s not so simple. First of all, what do you mean by a muddle?

D: I mean – so I can’t find things, and so it looks all muddled up. The way it is when nothing is straight.

F: Well, but are you sure you mean the same thing by muddle that anybody else would mean?

D: But, Daddy, I’m sure I do – because I’m not a very tidy person and if I say things are in a muddle, then I’m sure everybody else would agree with me.

F: All right – but do you think you mean the same thing by ‘tidy’ that other people would? If your mummy makes your things tidy, do you know where to find them?

D: Hmm … sometimes – because, you see, I know where she puts things when she tidies up.

F: Yes, I try to keep her away from tidying my desk, too. I’m sure that she and I don’t mean the same thing by ‘tidy’.

F: Now we begin to get into more difficult questions. Let’s start again from the beginning. You said ‘Why do things always get in a muddle?’ Now we have made a step or two – and let’s change the question to ‘Why do things get in a state which Cathy calls “not tidy?”’ Do you see why I want to make that change?

D: Yes, I think so – because if I have a special meaning for ‘tidy’ then some of other people’s ‘tidies’ will look like muddles to me – even if we do agree about most of what we call muddles.

D: Daddy, you didn’t finish. Why do my things get the way I say isn’t tidy?

D: But that isn’t a reason why.

F: But, yes, it is. And it is the real and only and very important reason.

F: No, I’m not fooling. That is the reason, and all of science is hooked up with that reason. Let’s take another example. If I put some sand in the bottom of this cup and put some sugar on the top of it, and now stir it with a teaspoon, the sand and the sugar will get mixed up, won’t they?

D: Yes, but, Daddy, is it fair to shift over to talking about ‘mixed up’ when we started with ‘muddled up?’

This dialogue is meant to exemplify the problems of muddles, ending up in a muddle through the discussion of muddles. In his broader ecological thought, tied to burgeoning theories of cybernetic networks, Bateson would like to attribute this kind of recursive structure to ecology as well. In other words, in the form of evolution, there is no distinguishing between the form of a particular adaptation and its content. The two become one symbiotic network that allows a plant or animal to become more attuned to its world, and as it does so the environment of which it is a part responds. For example, cyanobacteria caused an overabundance of oxygen that choked out microbes that lived off sulphate and created the conditions for the plants and animals we see around us today: oxygen derived from life, and not the other way around.1

What the metalogue displays is the way in which knowledge production is inherently a relational process, a process of testing and sending out feelers to see what might catch hold, be picked up, or be played with. The ‘meta’ level of the metalogue is not merely about an opportunity for a certain kind of criticism, although it affords that in its structure, but is about the explicit enactment of a process of attunement that can be overlooked easily and deliberately in an interview, and which may or may not be present in a conversation. The metalogue is the deliberate and self-conscious experiment with the relational aspect of learning. This recursive circularity, like breath moving in and out of the body, is a kind of dance.

There is an implicit critique of educational systems in metalogues (which demand that form mirror content), and that is that we need to think about educational systems from the point of view not only of what is taught, but also of how it is taught, and where. If we take seriously the demands of the metalogue then it becomes necessary to build in the possibility for shifting institutional frameworks because of the content we are covering. It would no longer be sufficient simply to talk about social justice, for example, instead we would need to enact it. This is the difficulty and beauty of a responsive form. It refuses a position of neutrality, rendering our supposed neutrality impossible from the beginning. 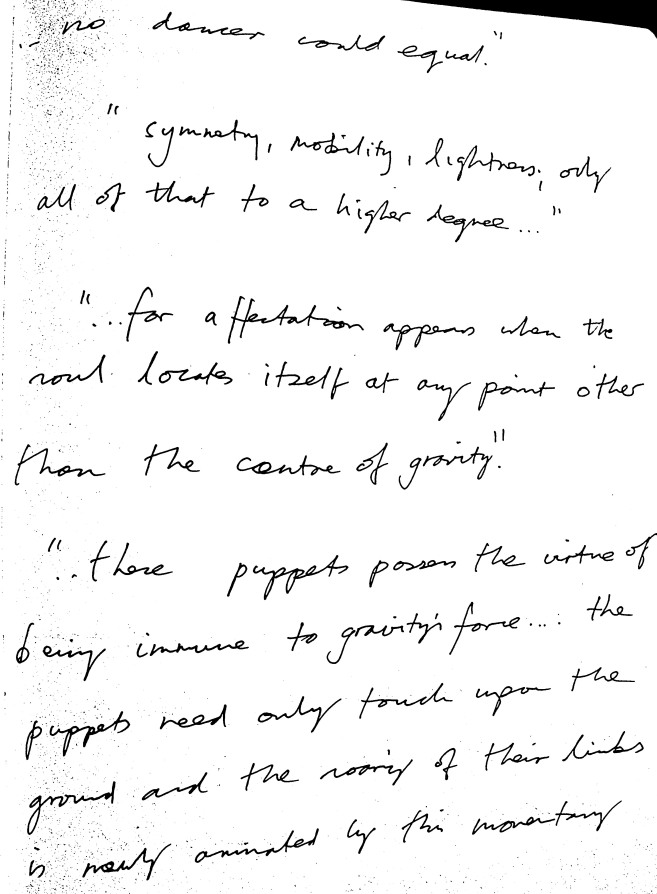 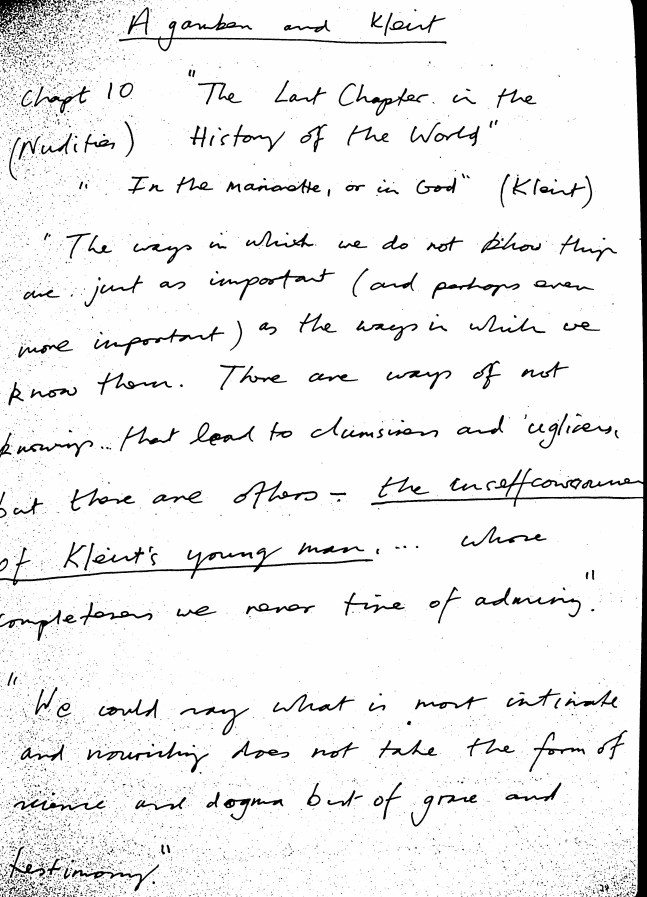 Diagram for thinking about various elements of installation 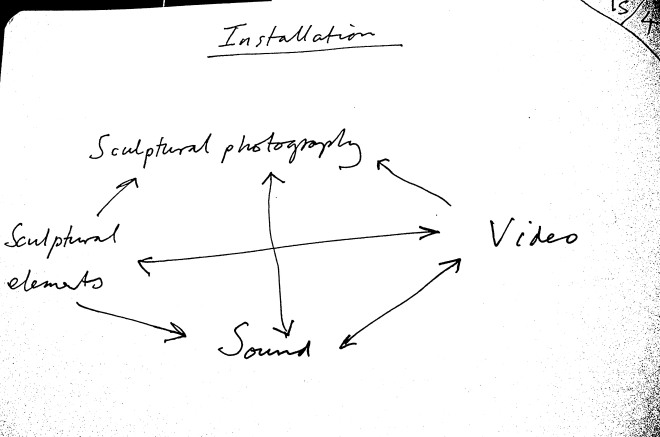